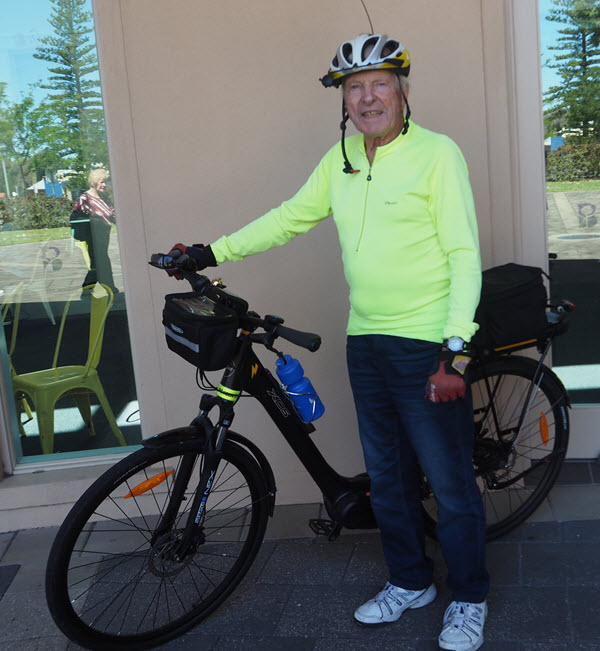 Malcolm Dixon has enjoyed cycling all his life. To encourage more people to participate in active transport and improve facilities in Burnside, he with some other like-minded guys, have started a Burnside Bicycle User Group (BBUG).

“My bicycle and a football were my two greatest possessions as a child,” Malcolm says. A Burnside resident since migrating from England with his family in 1948, Malcolm believes children should enjoy the extra benefits gained from riding to school. “It is a proven fact that bike riding improves their health and minds,” he says. “When I was a teenager the bike shed at school was always full. Now you are lucky to see a dozen.” Malcolm, 84, says parents can be overprotective and he would like to see safe cycling routes designed for children to ride to school. “All studies show cycling is good for you, it is low impact exercise,” says Malcolm. “With the increase in obesity and heart disease any exercise you do is good for you.”

The Burnside Bicycle User Group formed last year and held a history ride in October with the assistance of the Burnside Historical Society. Starting from the Civic Centre to Tusmore Park, Leabrook, Knightsbridge, Hazelwood Park and Burnside village. About 20 people took part in the two hour ride which was well received. BBUG hopes to run more rides next year.

Malcolm has a wish to see Burnside Council have a cycling plan which integrates with our neighbouring Councils. “If you put in safe cycling routes and infrastructure, they will get used and remember, it is cheaper to construct a cycle lane than a motor lane.” The new law which requires motorists to give bikes a one metre clearance has made the roads safer. “Most motorists are good,” he says. “Most cyclists are also motorists.” Malcolm hopes Elected Members will be more focused on active transport and realise the health and environmental benefits of cycling in our great district.

To inquire about the group go to ‘Burnside Bicycle User Group’ on Facebook.