A life of Volunteer Work 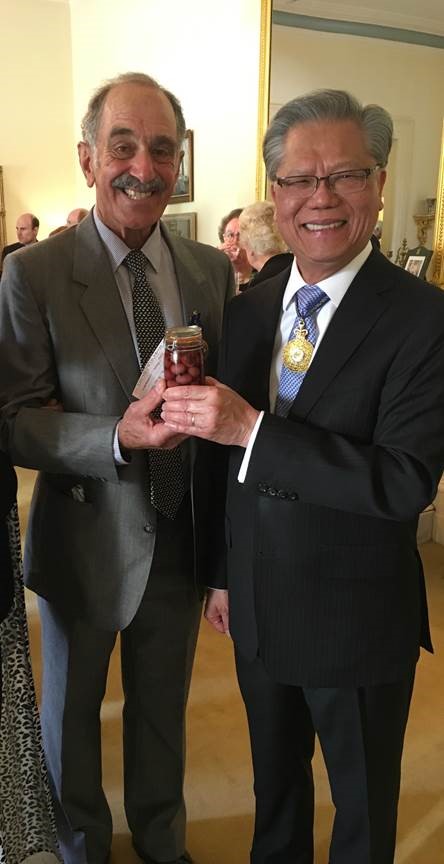 Volunteering is in John Carrangis’ blood. He has memories from the early 1950s when, as a child, he went collecting donations from his neighbours for the Crippled Children’s Down Every Street Appeal and Red Cross Calling. His mother, a widow of Greek background, was left to raise four boys on her own but was very involved with charities. “Despite her own difficult situation she was determined to help others,” says John. “That instilled in me a desire to help and contribute to the community.”

For 16 years John, 72, was convenor of the Rosefield (now Highgate) Men’s Breakfast Group. He still attends monthly but has pulled back from the organising. He helped to get the Rosefield Community Shed up and running at the Adelaide Showgrounds where he regularly provides pastoral care.

When his two adopted sons were at Glen Osmond Primary John invited their class mates to join a youth group to develop social skills, “We had movie nights, cooking classes and visited markets,” John says. “I got to know my sons’ friends and it gave the youth an outlet.”

As a volunteer with Anglicare SA John helped organise an annual 3-course dinner for more than 70 people who were “doing it tough”. He has also been a mentor with the Kairos Prison Ministry which visits inmates at Mobilong Prison. “We run a three and a half day course to help the men to encourage trust and to make good choices (when they are released). We then follow up each week for 6 months as they settle back in to the community.” John gains satisfaction seeing the inmates ready for release and knowing Kairos has made a difference.

Over the years John has worked with country Councils on health, building and planning. He spent some years with the SA Health Department working in health promotions and education on infectious diseases and vaccination.

A keen gardener and cyclist, John believes mindfulness and motivation are the keys to a happy life. “My principal motivation is ‘Bloom where you are planted’,” he says. “Make the most of your situation and always seek to improve it.”

For the past 10 years John has been a member of Blaze Aid, a group of volunteers who step in after bushfires to repair and replace damaged fences. He has assisted in bushfire fence recovery at Wirrabara and the Pinery bushfire (Roseworthy area). “We all have a few handyman skills and between us we get the job done,” he says. He has also assisted Goyder CounciI implementing a health and wellbeing program for residents of small towns affected by declines in population and services.

Father of two adopted sons and a ‘miracle’ daughter and grandfather of three, John is also full time carer for his wife Margaret. The family regularly holds community gatherings in their Beaumont Street for neighbours. “It is just a casual get together every year,” John says. “But it helps keep us connected.”

And if his days were not already full he has started campaigning both state and local government protesting their proposal to allow note receptors in poker machines. “Where is our moral compass?” he says. “Is it time local government stepped up?”

With his long history of community service it is no surprise that John was recently awarded a Medal of the Order of Australia in the General Division in the Queen’s Birthday Honours.