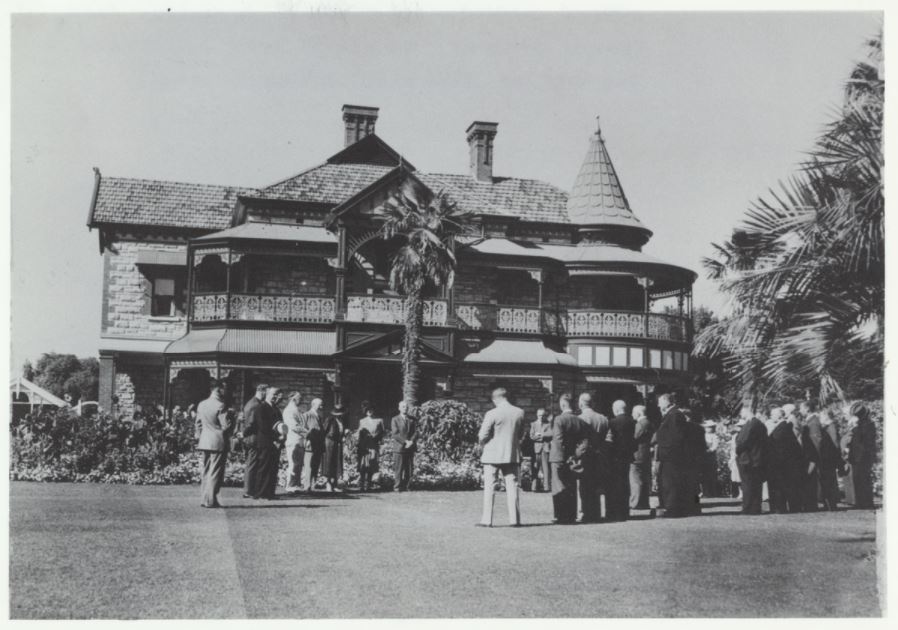 Attunga House and garden is one of the few remaining examples in Adelaide of a large house in its original garden setting dating from the early Federation period. The two-storey house of 14 rooms was built in 1900 for Benjamin Burford under the design of Adelaide architect F W Danker. It was built on a 4.5-acre paddock that was previously part of Prescott’s Farm. The property was purchased in 1905 by Otto Georg Ludwig von Rieben. Von Rieben laid out the garden in Edwardian style, with broad sweeps of lawn, adding trees, aviaries and a fernery.

In 1944, the building and grounds were generously donated by von Rieben to the Burnside community and Council for use as a hospital. The garden was intended ‘for the peaceful recreation of hospital patients and the community’. In 1949, the conversion into a hospital was completed and opened with beds for 21 patients.

The new Burnside War Memorial Hospital opened in 1956, replacing Attunga House, however, to this day it continues to be used for medical support purposes.

Photograph: Official party at Attunga to inspect the gift of Otto von Rieben to the City of Burnside, 1944. State Library of South Australia, B 49774.