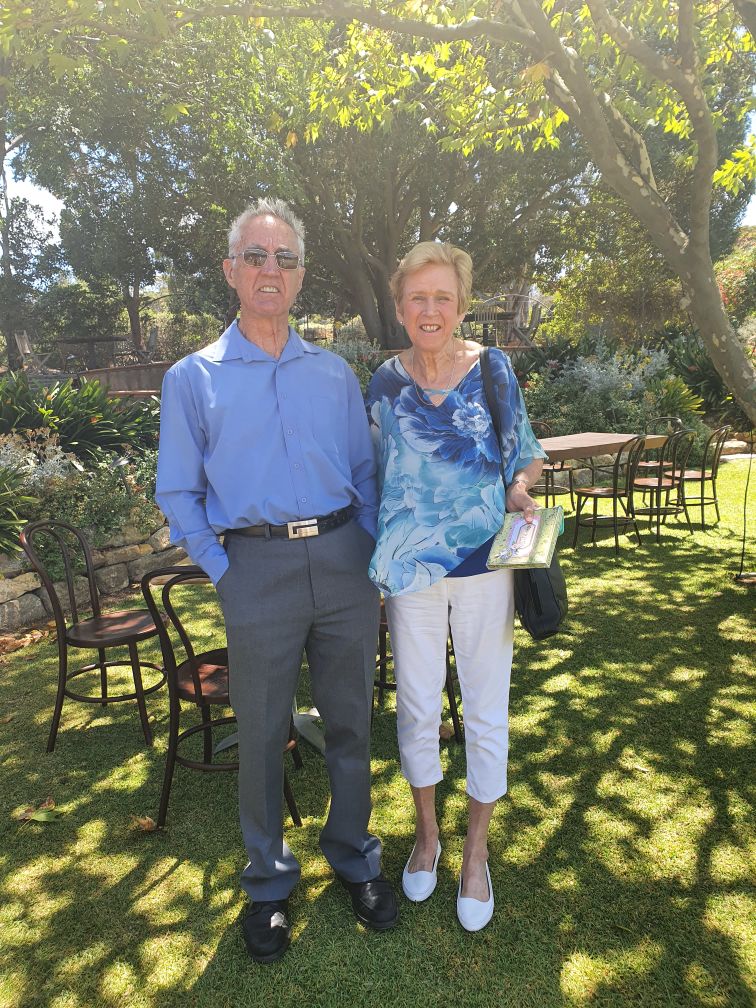 Leading a busy life after your career can be quite the challenge, but finding things to fill your life with and enrich your days does not have have to be a chore. Dianne and Bruce Whittaker have enjoyed the first few years of retirement by being almost as busy as they were at work. Dianne worked in early childhood care for over 30 years, 15 in Darwin, before retiring to Adelaide.

“Our family lives here so we moved back to be closer to them after leaving work,” Dianne said. “They were renovating their house so they stayed with us while the work on their house was completed. “Our neighbour at the time found out that Bruce could drive a bus so they suggested he volunteer with the council.

“He’s been driving ever since, he takes the ladies in aged care homes shopping on Wednesdays and Thursdays.”

Dianne also volunteered on the Burnside bus, helping people get on and off. “There were about 16 people on the bus and we would sit and chat with them en-route to wherever we were going,” she said. “They were all such beautiful people with great stories to tell – they all appreciated getting to be with someone a bit younger too.”

Dianne also volunteers as a shelver at Burnside Library and attends the University of the Third Age (U3A) – a volunteer-run school for retirees. “You meet all sorts of people at the library – it’s a great place to learn new things,” she said. “I am always trying to learn something new and in 2015 a friend of mine told me about U3A – I go once a week and learn about Australian history and then run a Craft, Coffee and Chat course in the afternoon.”

Dianne emphasised that keeping busy and gradually moving from one’s working life to retirement was the key to making a successful transition. “A friend of mine who is a teacher was thinking about retirement and said she might cut back from five days a week to three – I thought it was a great idea,” Dianne said.

“It’s not a good idea to go from working full time to absolutely nothing – you don’t want to end up as one of those people who stares at the wall until they drop off. Bruce and I keep very busy. It feels like we both still work full time buts it’s all enjoyable work.

“We keep really active and eat healthy too – it’s not a good idea to just sit in front of the TV and eat scones and cream all day at any age. We have family that live in Canada as well so we take every chance we can to visit them. You never know what opportunities await you when you finish working.”