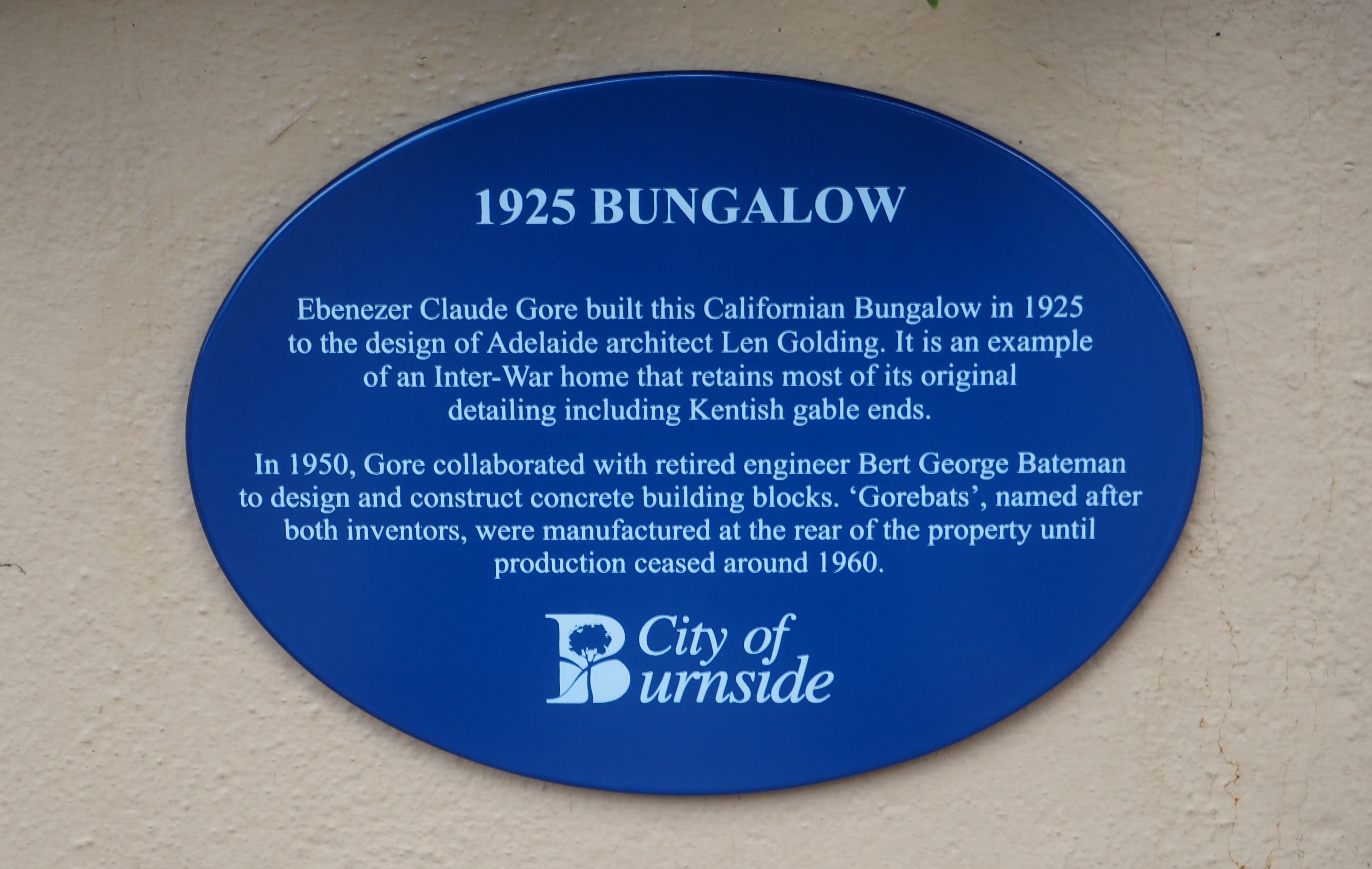 The first of Council’s heritage plaques has been installed at 470 Glynburn Road, Burnside. Former Councillor, the late Graham Bills, and his wife Tesslyn bought the property 20 years ago. A keen historian and a fan of heritage, Graham conducted extensive research to uncover the house’s history. What he found resulted in a successful application to have the home Local Heritage Listed in 2005.

“Graham was always interested in heritage,” says Tesslyn. “It is only because Graham did all the ground work that this has come about.”

In April 2020 Council resolved to instigate a Pilot Project to install plaques to mark key heritage places within the City of Burnside. This is the first of 25 to be installed.

Ebenezer Claude Gore built the Californian Bungalow in 1925 for his wife, Violet Esther Gore (nee Lucas) to the design of Adelaide architect Len Golding. Claude was a schoolmaster, horticulturalist and soil expert.

The home is built of freestone and red brick, complemented by a Kentish gable end and verandah. At that time, the property address was 160 Burnside Road.

The Gore family operated Burnside Florists, a successful florist business that sold flowers grown on the property. Many properties in the neighbourhood were dedicated to flower production. To the east of the home (near where 1A Young Street now stands), there was a commercial flower garden. The family supplied flowers to numerous Adelaide outlets from 1945 to 1980.

When Claude passed away in 1971 property maintenance became too onerous for the family and in 1972 they sold a portion of the estate. Even though most of the garden was gone, Violet and Mary Gore sourced flowers from other growers and continued to make wreaths and arrangements.

In 1950 Claude collaborated with retired engineer Mr Bateman to design and construct concrete building blocks. ‘Gorebats’, named after both inventors, are large concrete blocks, reinforced with steel rods and slotted on the side, indented in varying sizes. Once in place concrete fills the gaps and large reinforcing rods are placed through the support blocks.

The Gorebats were created at the rear of the property and then trucked to the site. The joint enterprise ended around 1960 and that section of land was sold. 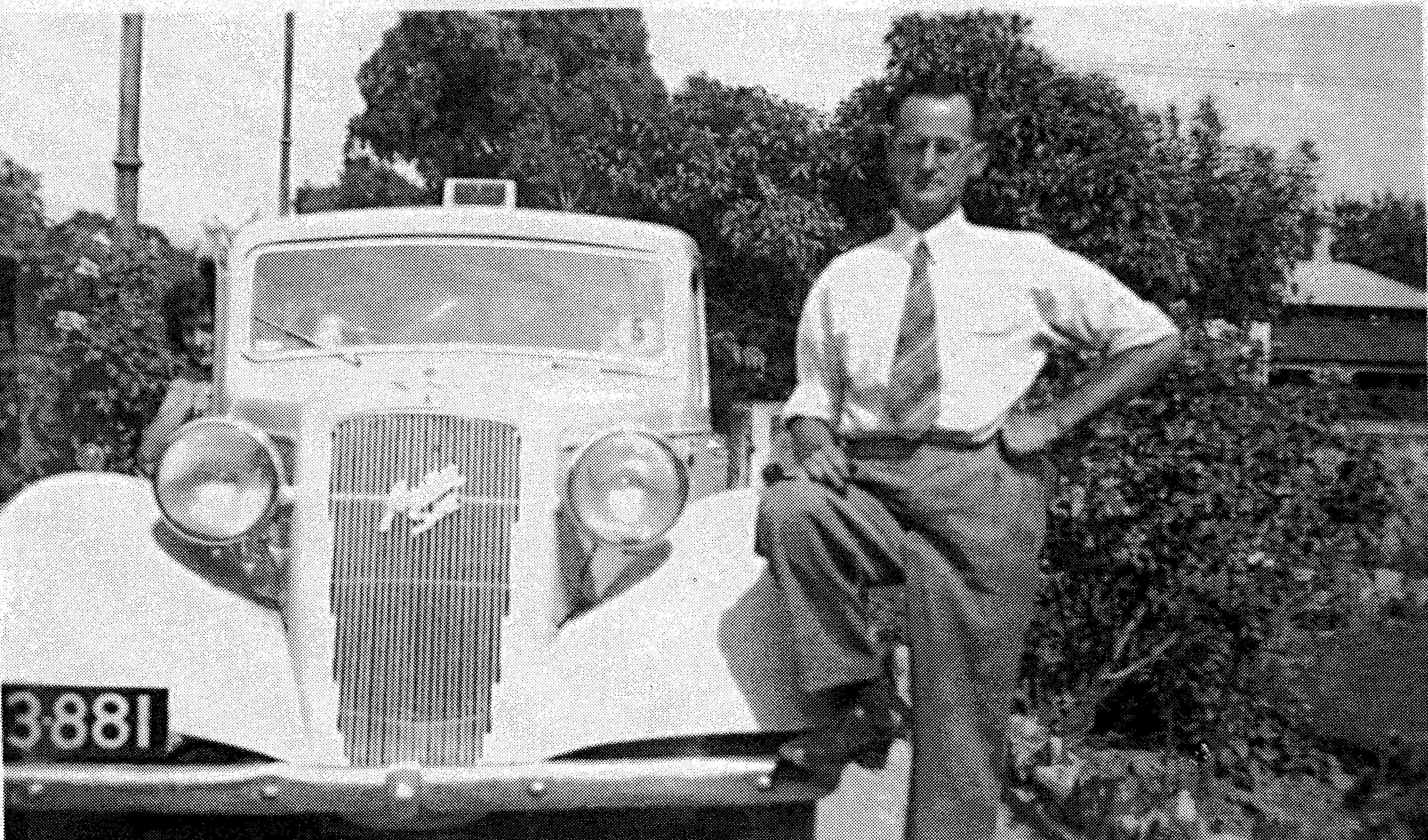 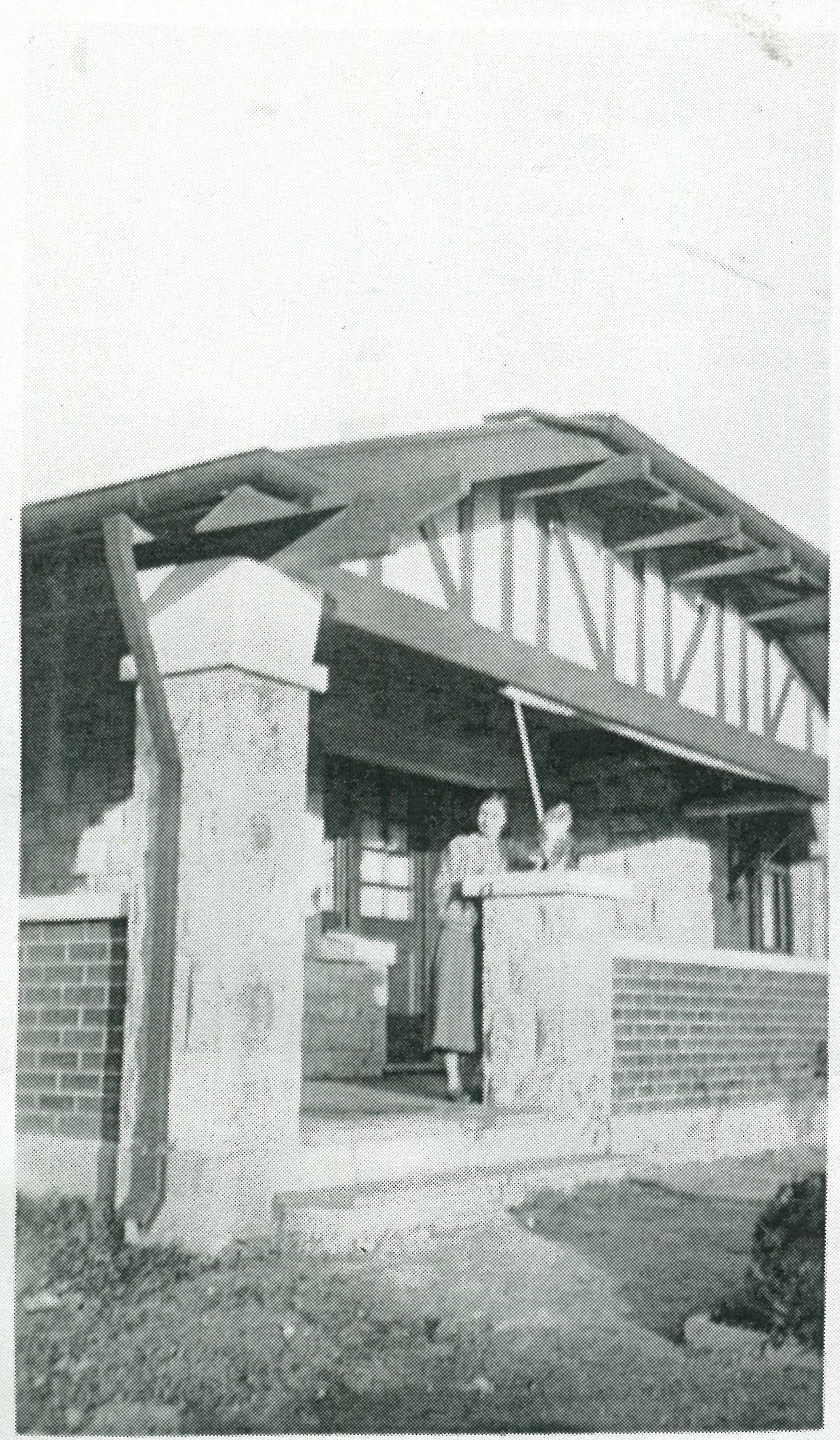