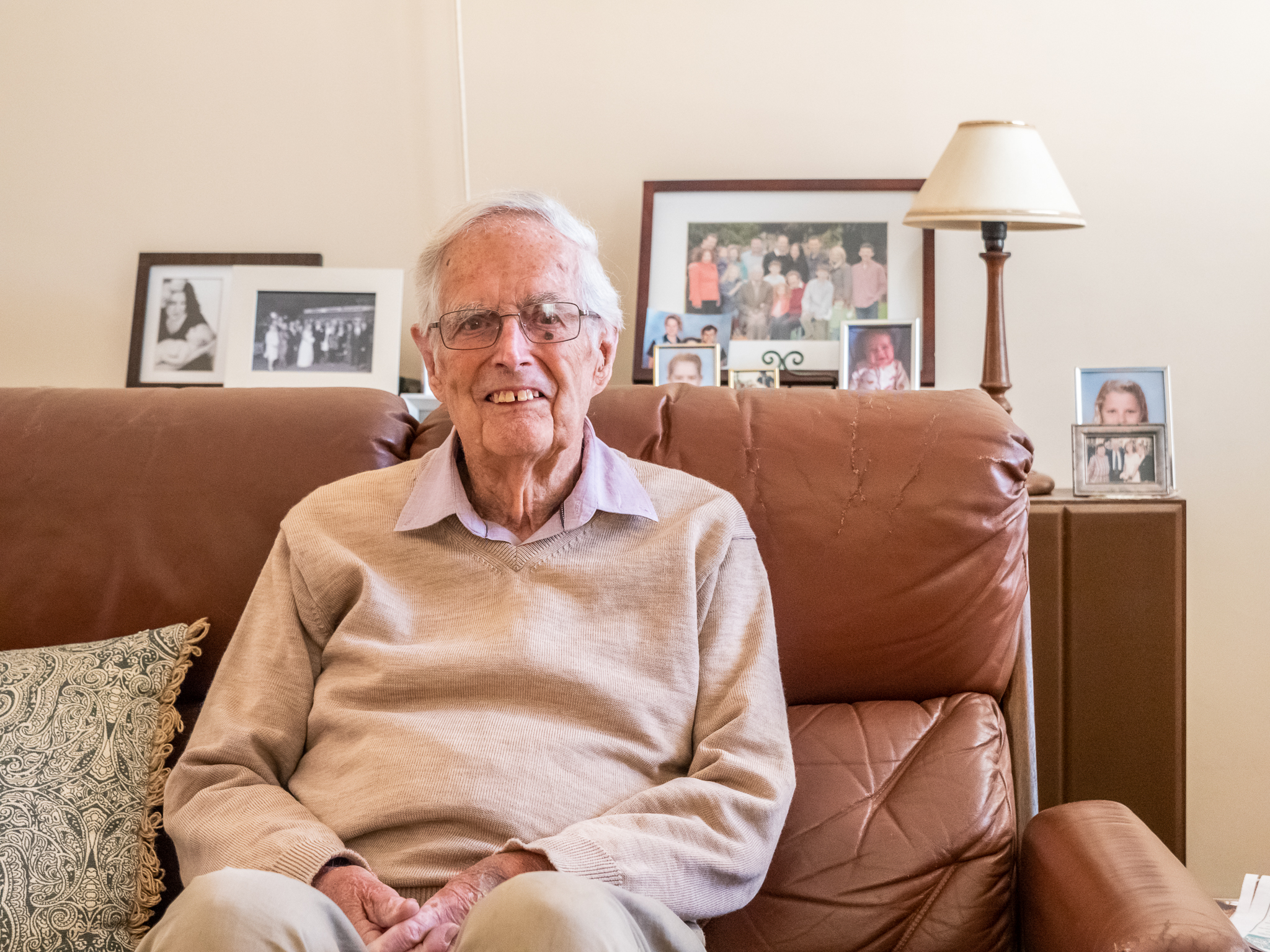 After nearly 30 years, John Moore has handed in his resignation as a dedicated volunteer at St. Saviour's cemetery, Glen Osmond. His many years of volunteering have earnt him the award of 2021 City of Burnside Citizen of the Year.

John, 94, took on this voluntary work when he retired from teaching at Pulteney Grammar School.

An active member of St Saviour's Glen Osmond parish, John learnt that the volunteer who tended the cemetery had retired and he took on the task. “I was my own boss, week by week,” he says.

He attended regularly on Mondays, even on public holidays, to do little projects, always ready with his tool box. These projects included re-aligning monuments and edging, removing old tree stumps (“I dug them up by hand”), trimming hedges, making sure that gates shut properly, fences were secure, maintaining paths, spreading gravel, unearthing an old headstone and keeping other headstones upright or safe.

“It is important to respect the dead,” he says. “Some of the gravesites are so old that they don’t have headstones so we don’t know the history.”

But what history he did know he regularly shared while conducting history walks during History Month in May for a number of years, as well as showing classes from local schools and the Burnside Historical Society members. Each year he organised the skip for the annual cemetery working bee and kept attendance records. He also looked after the application for Council green bins and made sure they were put out each fortnight — always as full as possible!

John made many improvements, discussed management plans, dealt with vandalism, floods and drainage problems, trees and large branches falling, always with a positive attitude. John's achievements have been recognised by the parish and members of the public, who access the cemetery for walks, quiet contemplation, learning about social history of the area and visiting family members.

With his 95th birthday coming up in March he thought it was time to fully retire. “I still go to see Liz, who took over from me.”

Asked his plans for his own burial he says “I have decided, when my time comes, to be cremated and my ashes to be in a memorial at the cemetery.”

The cemetery, belonging to St. Saviour's Church, lies to the north-east of the Church, further along Pridmore Road. As with the church it is situated on land gifted by Osmond Gilles in 1854.

On the south side of the cemetery stands the tombstone of Glen Osmond's first resident, Edwin Olliver. Nearby are the headstones of other pioneers, including those of Redman Goldsack and his wives, Elizabeth and Christiana.

In a central position, under the shelter of a cypress tree, is the oldest headstone, recording the resting place of Moritz F. Weidenbach (interred 1858). Many of the oldest graves are without headstones, possibly due to the relatives having left the neighbourhood.