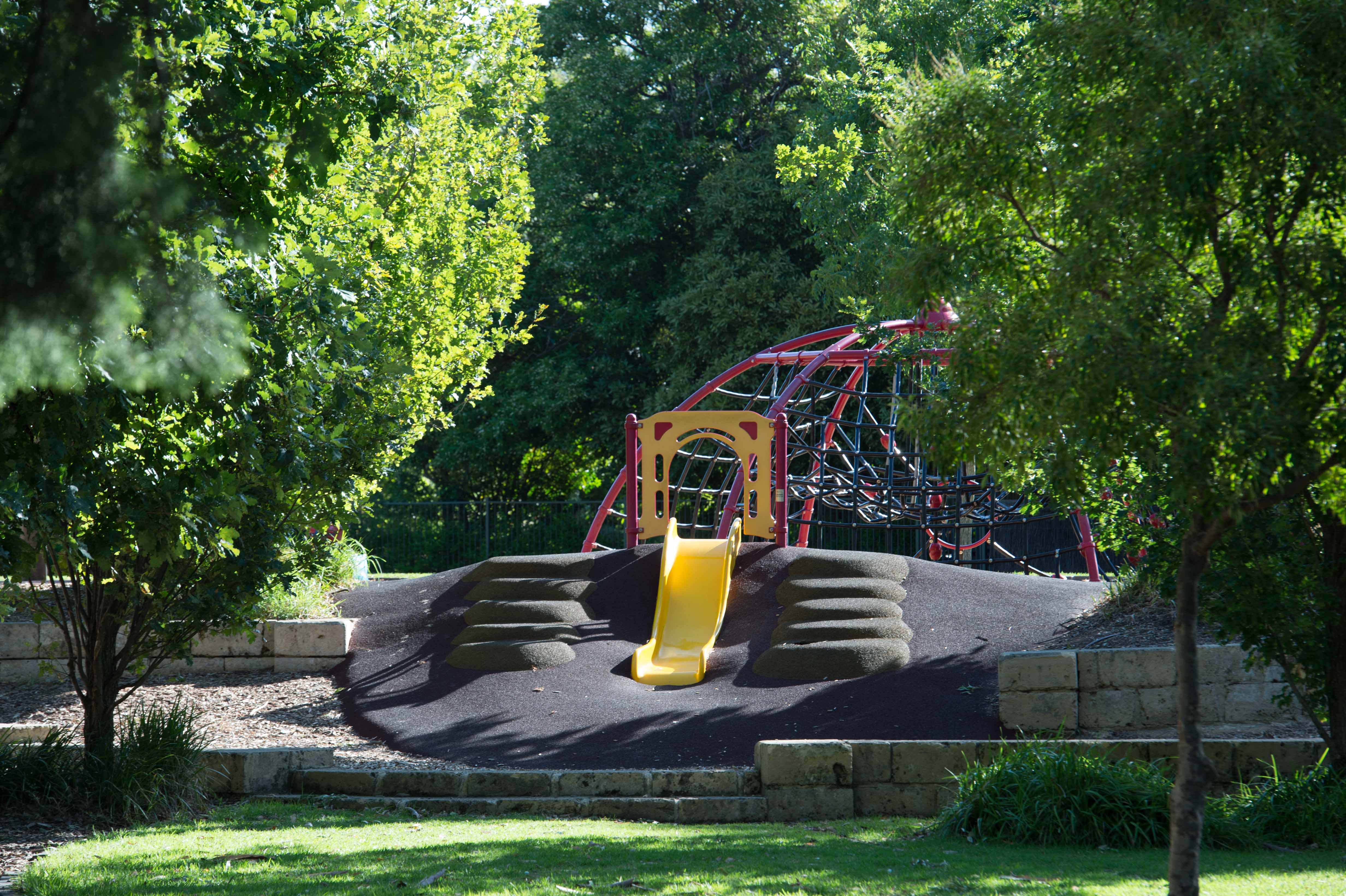 Two playgrounds in the City of Burnside are in the top five in the east, as voted by South Australians! Tusmore Park, featuring the popular wading pool, and Wombat Waterhole in the State Heritage listed Hazelwood Park were voted fourth and fifth in the East/Inner South/ Hills.

Tusmore Park is a tranquil park featuring mature trees, lawns and landscaped areas. The First Creek traverses through the park in winter. During the summer the covered unsupervised Toddler wading pool is a great place for children to play in.

Hazelwood Park is one of Burnside's major reserves. It is traversed by First Creek and includes natural stands of River Red Gum and SA Blue Gum. Some of the early plantings from the "Hazelwood" garden can be seen near Hawthorn Crescent, including a large Bunya Pine. A small war memorial is situated near the entrance to the George Bolton Swimming Centre Burnside, Adelaide's most picturesque swimming centre. Hazelwood Park has an extensive network of paths with seating, barbecues and playground equipment. The all-access playground caters for children of all ages and abilities, providing a diversity of physical, explorative, interactive and imaginative play opportunities.

Well done to the Depot and Asset management teams that maintain these beautiful parks and playgrounds.