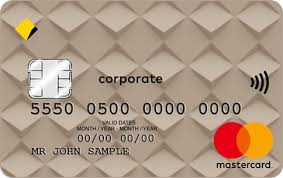 The Ombudsman, Wayne Lines, has today released a report finding that in the period 30 June 2015 – 30 June 2017, the City of Burnside’s policies and credit card management framework had led to maladministration under the ICAC Act 2012. The matter had been referred to the Ombudsman in October 2018.

It was found that from 2015 - 2017 the record keeping of credit card transactions were inadequate, and that internal policies failed to provide guidance to staff as to what constituted appropriate expenditure which led to a culture of misspending.

New CEO Chris Cowley welcomed the release of the findings of the investigation, acknowledging that when senior managers were made aware that the credit card framework, controls and record keeping were inadequate, new credit card management processes were put in place to tighten control over credit cards.

“It is in the public’s interest to know that this investigation has been conducted and that the issues have been addressed,” Mr Cowley said.

“I appreciate a number of these transactions would not have passed the ‘pub test’ and my commitment going forward is that transactions of this nature will not occur again,” Mr Cowley said.

“This all happened before my watch and I am determined to change the culture here,” Mr Cowley said.

“Culture is set from the top in an organisation”, Mr Cowley said. “Although no misuse has been found against staff in this investigation, I will ensure our current processes and policies are further strengthened by implementing the recommendations of the Ombudsman.”

“The Ombudsman’s views certainly align with my expectations regarding the use of Council credit cards and expenditure by staff,” Mr Cowley said.

Mr Cowley said that in 2017 senior managers had begun addressing the issues that were subject to this investigation by overhauling the credit card management system and embedding more clarification on what constituted ‘appropriate expenditure’ for credit card usage in policy.

The Ombudsman acknowledged in his report that Council has since made many improvements and changes to its credit card policy and protocols; and commended the Council for the initiatives undertaken to strengthen its accountability and transparency for credit card use and expenditure by council employees.

The changes already implemented include:

The Ombudsman has made 13 recommendations to further strengthen the work already undertaken to safeguard against the types of expenditure that had been the subject of the investigation.

Council will report to the Ombudsman on the steps taken to implement the recommendations by 2 March 2021.