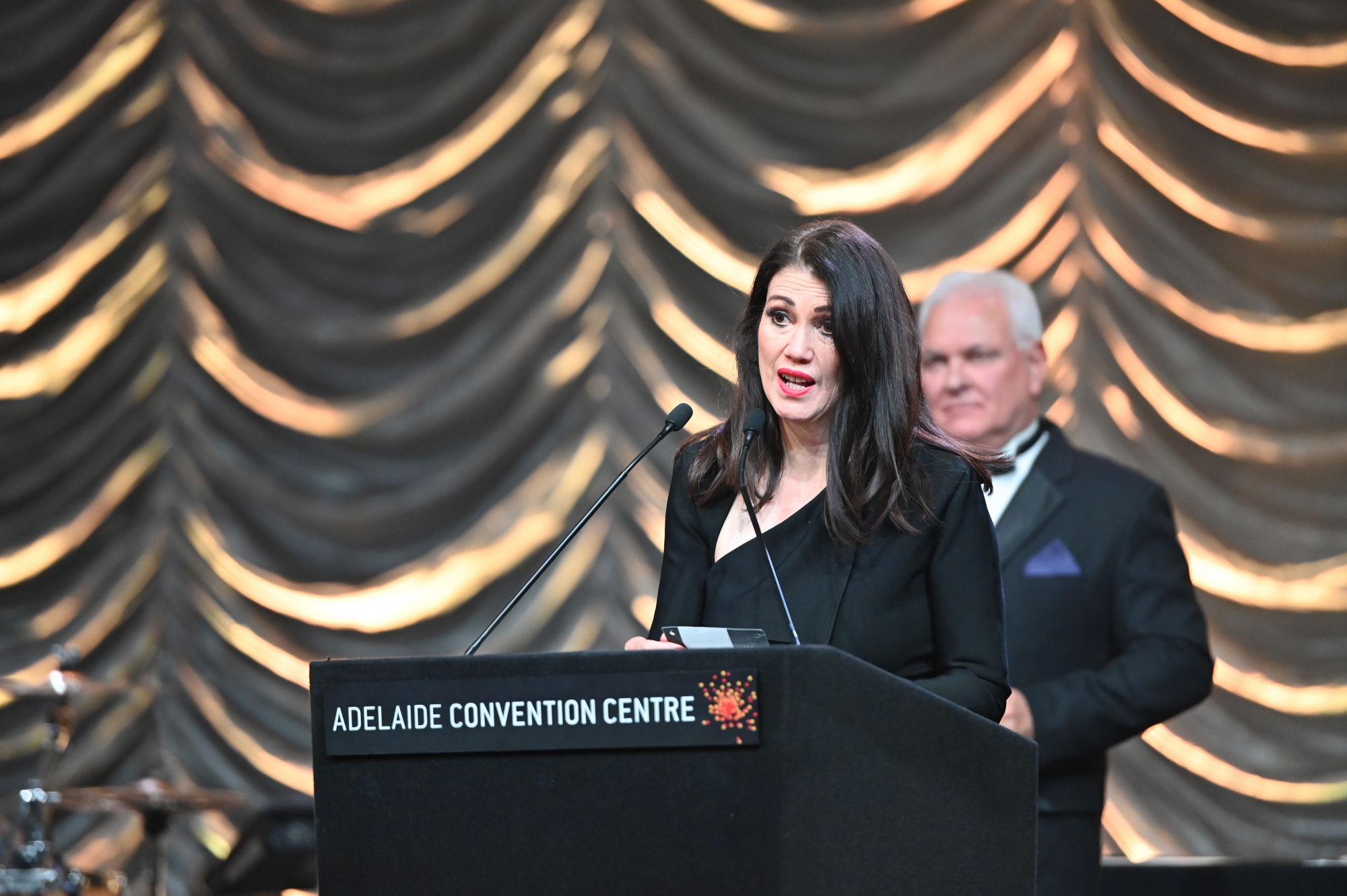 Michele Alexandrou moved back to Glenunga in 2009 after spending two years in Broome, WA. In the 10 years since she has become an integral part of the Burnside community, currently serving her second year as President of the Lions Club of Burnside.

“I was waiting for my possessions to arrive and went to the Burnside Lions garage sale to buy a kettle and toaster,” Michele says. “I got chatting to the (then) president and he asked me to join. My mother and father had both recently passed and I found the members mostly their age so it was a good fit.”

Michele says she was the youngest member at that stage. “Most members were retired and in their 70s and 80s. I was very active and fit and helped out with lifting heavy things.”

As the only member working full time (as a real estate agent) she resisted calls for her to stand as President. “I just didn’t think I had the time,” she says. “But then it seemed the Club may close without a new President so I put my hand up – for one year.”

Inducted as President in July 2017 Michele enjoyed it so much she volunteered for a second year.

“It is great networking and everyone is warm and kind – I have made some great friends,” Michele says.

In a plan to engage younger residents to join the Club Michele recently established a Facebook page. “There was some resistance from members who don’t like change,” she says. “But it worked and we now have younger members wanting to join. We even have more women than men.” Women were first granted membership as Lions in 1987.

Michele says the work of the Lions Club of Burnside is wide ranging and very satisfying. “We work closely with Council helping out with events, doing barbecues. We helped build a kitchen at Burnside CFS, the largest event that takes all year to organise is the annual Carols in the Park, and on the first Saturday of each month a garage sale at Glebe Road Glen Osmond.”

The carols take a year of planning and the whole weekend of the event to set up and clear up. “It’s a great event to bring the community together,” Michele says. “We set up a stage for 120 people, portable toilets and chairs. The CFS help us out by running the barbecue.” The proceeds from this year’s event and from the sale of Christmas cakes will be donated to support bushfire ravaged communities.

Another major project for the Club is supporting the Burnside War Memorial Hospital. “We’ve helped build their oncology ward over the past 20 years,” Michele says. “Last year we gave them a cheque for $17,000.”

Michele encourages people from all walks of life to consider joining and giving back to the community. “If we attract younger people who are working then we may move the second meeting of the month from the afternoon to evening.”

She also called on residents to consider the Lions Club when clearing out their garages or moving house. “We are always looking for donations for our garage sales. Good quality bric-a-brac, household goods and clothing. We will even come and collect (as long as it’s not large furniture).”

And will she go for a third term as President? “I am still learning,” Michele says. “My Vice President Bob Rowell and Secretary Barry Taylor have mentored me and I have learnt a lot from them. I’ve really enjoyed that.”

The Lions Club of Burnside meets twice a month, one for business and one a dinner meeting at the Arkaba Hotel with a guest speaker. Check out their website. facebook.com/lionsburnsideclub