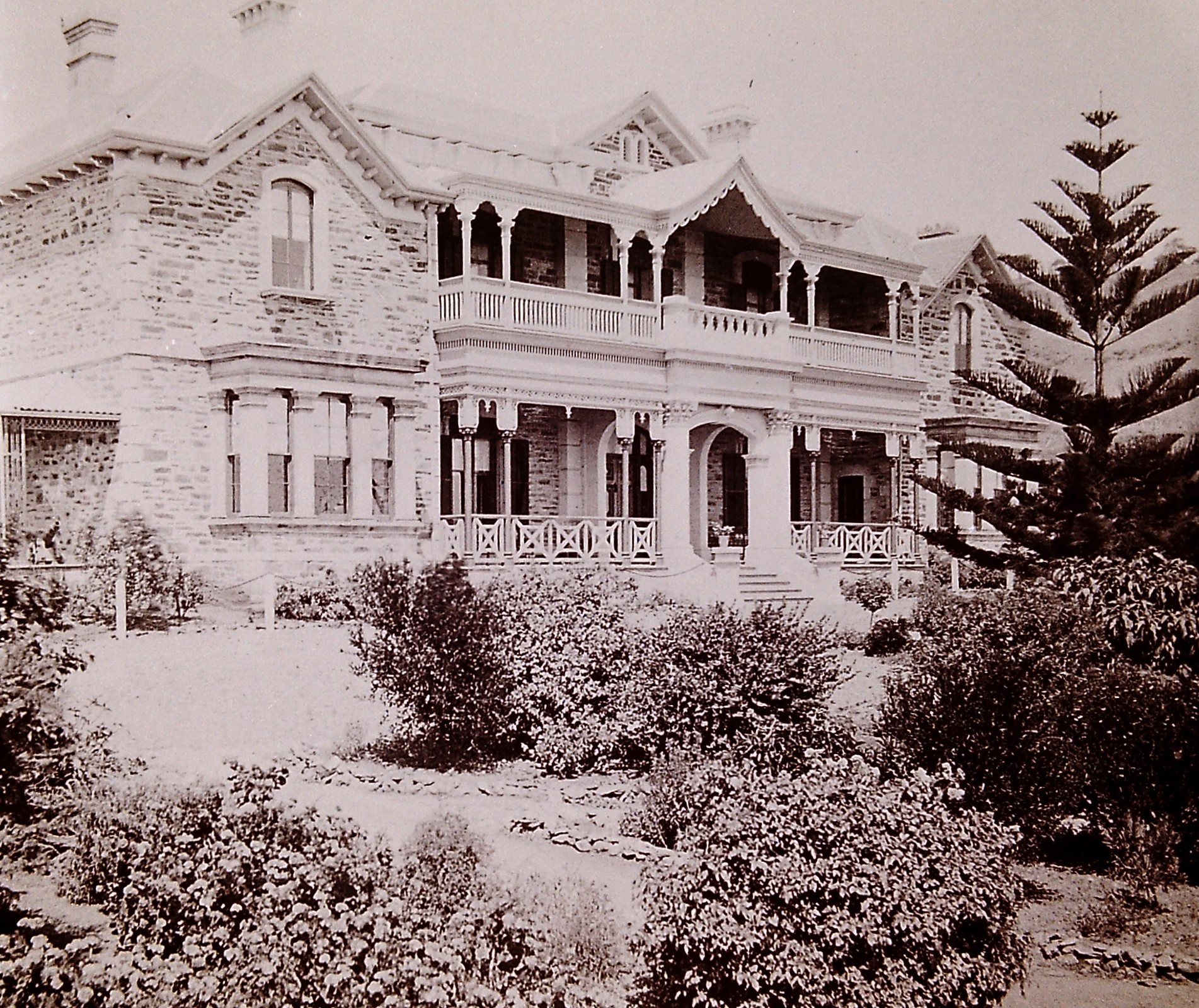 Originally a six-room stone house, Sunnyside on Lascelles Avenue in Beaumont was built circa 1848. In the 1850s, the second owner Sir William Milne, a wine merchant and politician, transformed the home into a two-storey mansion. The second storey was removed in the 1920s.

Sunnyside was later purchased by documentary film producers Edna and Jack Campbell-Dobbie. From 1950 to 1962 they used the historic home as a film studio. Edna and Jack are considered pioneer documentary filmmakers and are credited with producing Children of the Musgraves (1947) and We Three (1950).

Photograph of Sunnyside circa 1872, City of Burnside Local History Collection.