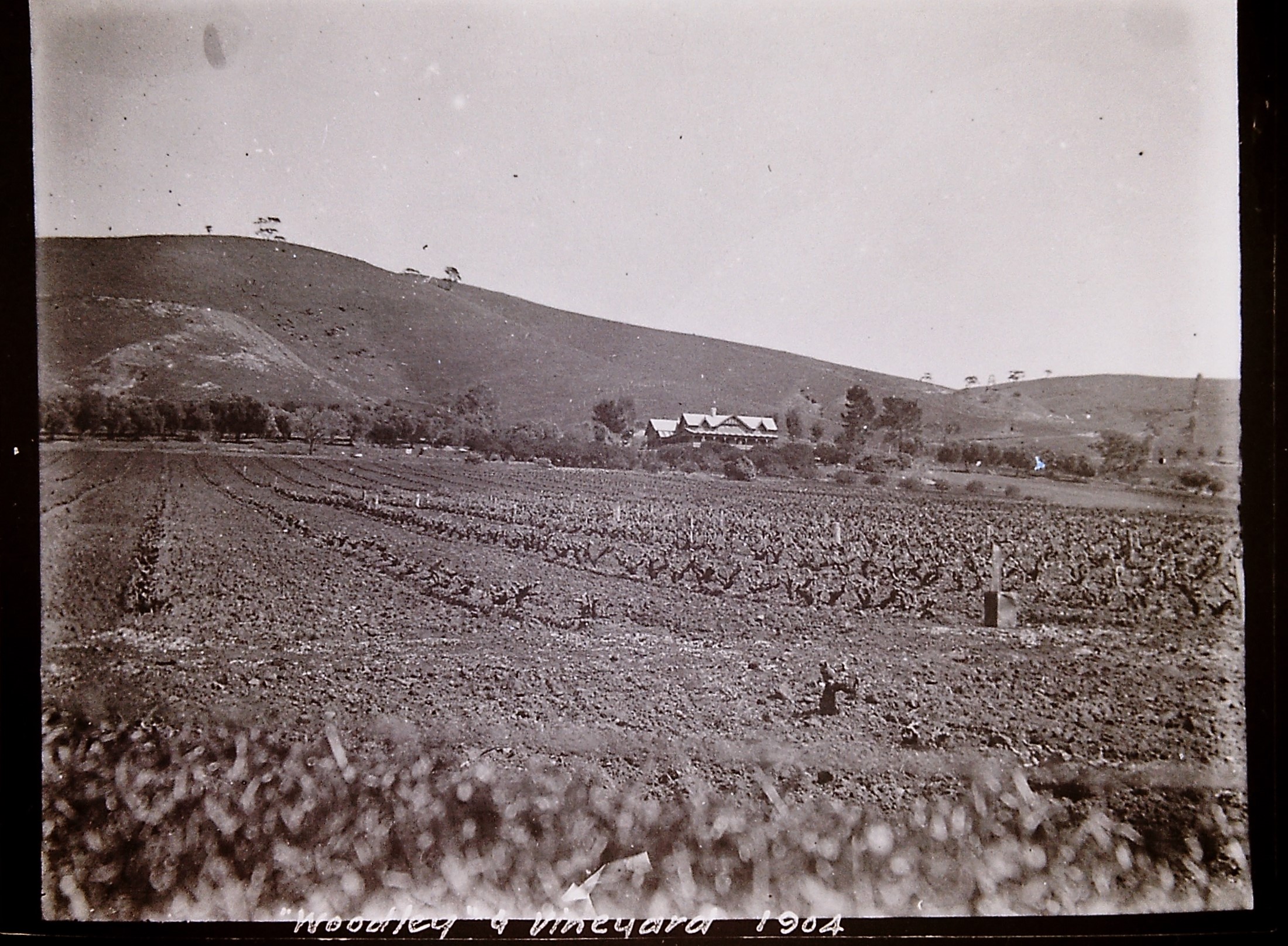 State Heritage-listed Woodley House in Glen Osmond was constructed circa 1842 for Osmond Gilles (1788-1866), South Australia’s first treasurer. Built of bluestone and red brick with elaborate gables, and a large verandah featuring decorative cast-iron lace, it was initially known as the Glen Osmond Villa. After Gilles death, the property was renamed ‘Woodley’ by his brother, whose first wife was Mary Woodley Horne.