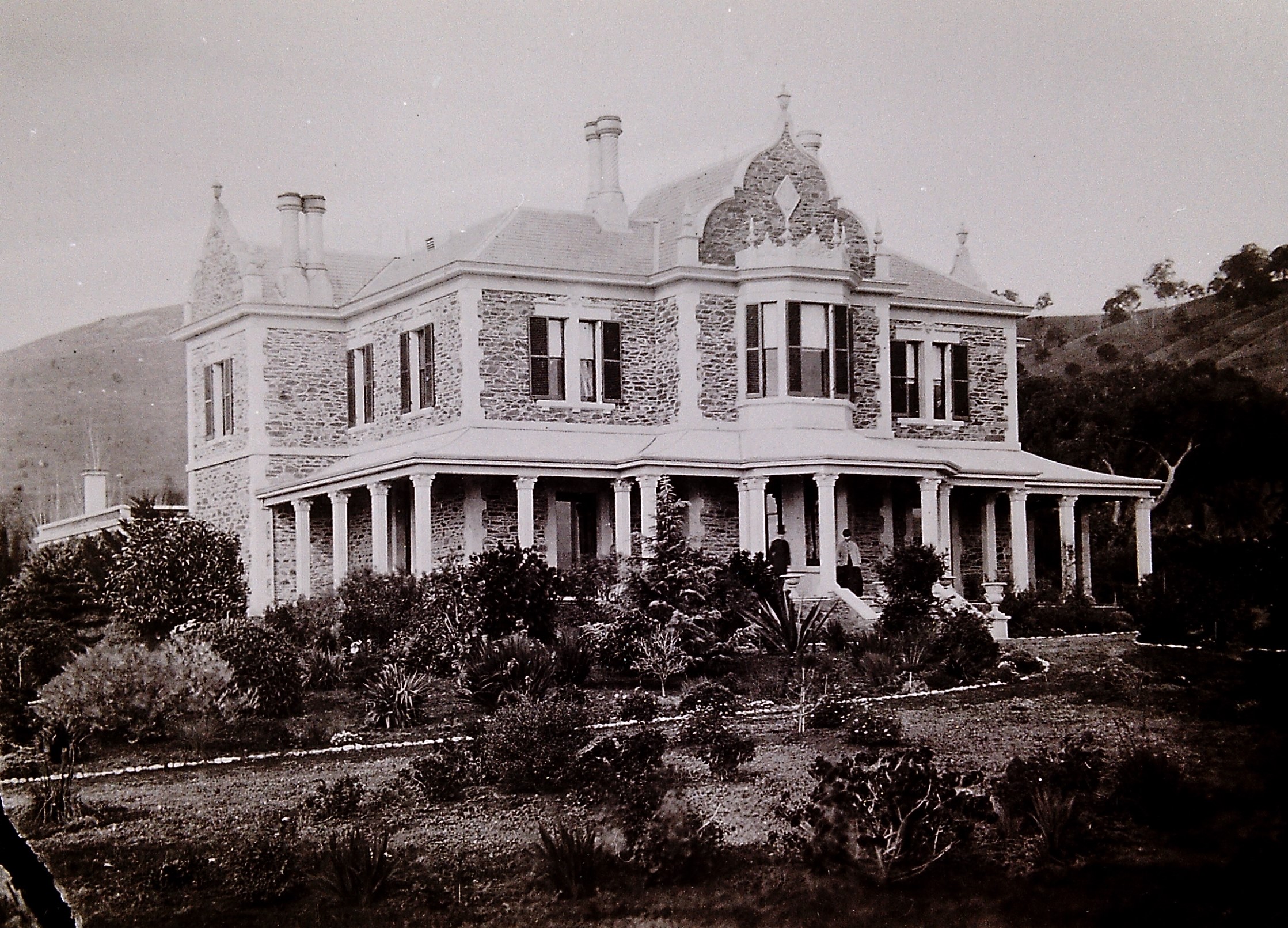 Francis Hardy Faulding (1816-1868) built Wooton Lea circa 1861 in Glen Osmond. Designed by local architect James MacGeorge (1835-1918), the large stone house included seventeen rooms, with a kitchen and laundry and an extensive garden. MacGeorge is also known for his work designing the first part of the Savings Bank of South Australia on King William Street. The third owner of Wooton Lea, Arthur Crossing (1871-1952), sold the mansion in 1921 to Presbyterian Girls’ College, now known as @Seymour College.

Since 1938, the house has been known as Barr Smith House and continues to be used by and cared for by the College. In 1989, it was confirmed as a State Heritage Place.