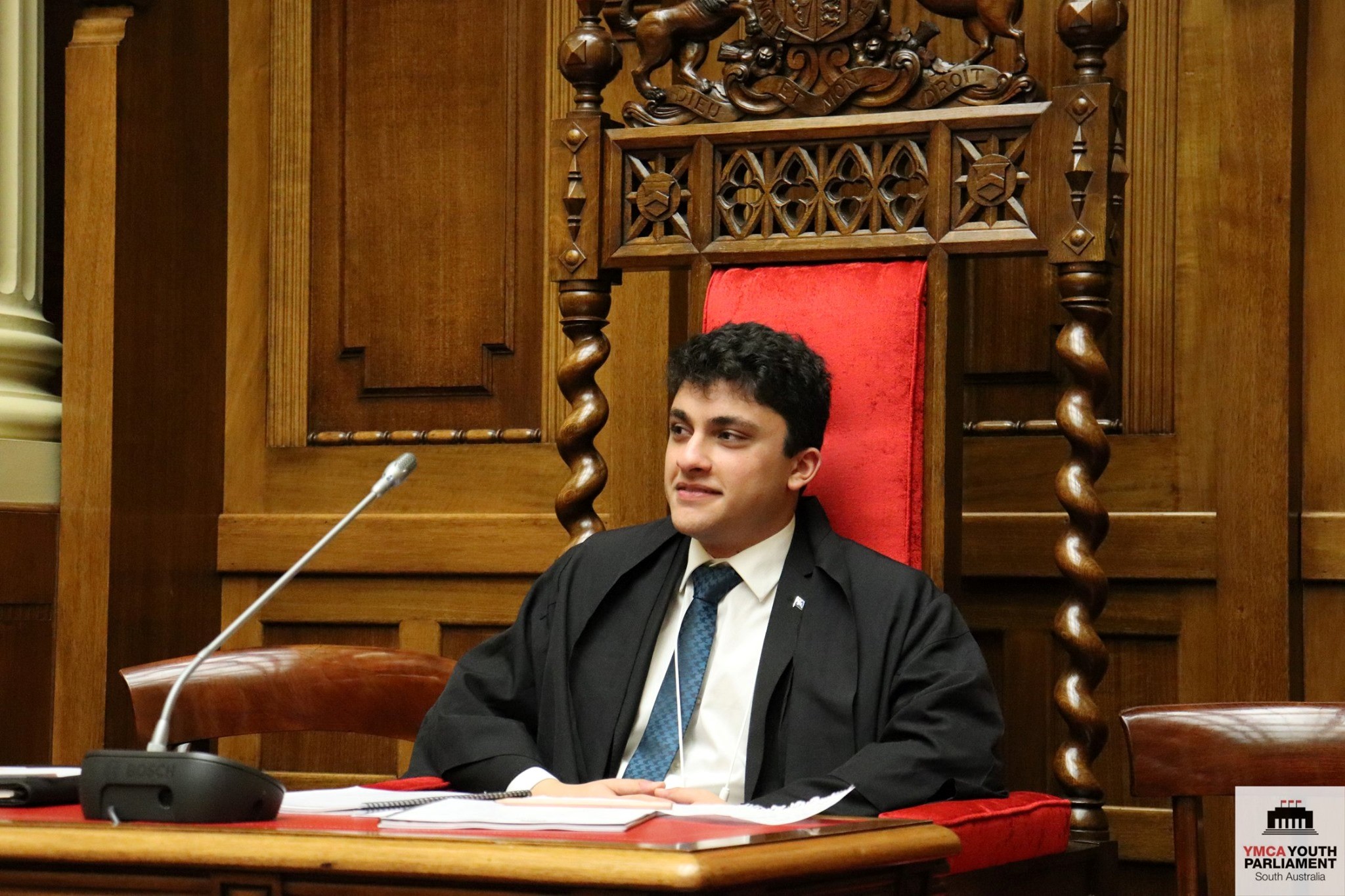 Artin Arjomandi has achieved a lot in his 18 years. He has twice participated in Youth Parliament, sponsored by the City of Burnside. He held the role of President of the Legislative Council and was shortlisted for Governor!

Youth Parliament is designed to give young people between the ages of 16 and 25 a chance to be heard at the highest levels of State Government on a wide range of issues relevant to young people's lives. Next year he plans to return as one of the organisers of the event, run by the YMCA.

Artin recently joined the City of Burnside’s Youth Action Committee. As the eldest in the group he sees his role as a mentor. “Most of them are still in high school and they have not quite decided their goal,” he says. In his first year at Flinders University Artin is studying physiotherapy but his real love is medicine. Although he achieved an ATAR of 99.55 (after bonus points), at Glenunga International High School, he did not qualify for medicine and is considering moving interstate to study in his chosen field. “It is a difficult decision,” he says. “I am very close to my family so moving would be a huge change for me.”

He also works part time at his former school, tutoring students with learning difficulties and holds down a part time job at KFC. In his limited spare time he enjoys rock climbing.

“I am very focused on community and helping,” he says. “That’s why I want to do medicine but I am also intent on improving health outcomes for regional areas.” Artin was shocked at statistics that show the poorer people are, the worse their health outcomes. “Also if you have a close link to Aboriginal heritage or live far from a capital city your health outcomes worsen dramatically,” he says. If he chooses not to pursue medicine his career plans include completing his physiotherapy degree and working in a practice or completing a PhD and working in public health.

Asked for his message to young adults he is full of enthusiasm. “Set goals slightly out of your reach then reach for them,” he says. Artin’s philosophy is ‘Think big!’ “Just go for it,” he says. “You are better off asking ‘did I do that well?’ than ‘What if?’”